About Clothing sizes in The Martial Arts Industry

People often ask about the sizing of garments and what do they mean.

Ray Hana’s has been making and supplying Martial Arts uniforms since 1982 and are witness and participants to many of the changes we have seen over these years.

At the very beginning, suits were an Asian based sizing 0f  0, 1,2,3,4,5,6,7 etc….this was the commonly used sizing method . After the end of WW2 , the resident Military started to learn Martial Arts in greater numbers and their knowledge and experiences were transported back to their own countries.

Uniforms , initially were made for Asian sizing, consequently many westerners would wear ill fitted uniforms that were too short in sleeves and legs – hence the 3/4 look.

Over time, with a growing demand in the US and Europe garment patterns changed to allow for the larger Western build and the 0,1,2,3,4, was calibrated to reflect sizings in feet and inches . For example a s/5 implied a fit for a person 5’11”.  However this method only allowed the imprerial system and as Europe became universally metricised, the sizings of 120 = 00, 130=0, 140 = 1 came to be. Where 120 was the actual physical length of the wearer from top to bottom ie that person is 180 cm tall.

Uniforms began to be made in 3 sizings, Asian ( to fit Asiam market ) , Metric for the European continent and Imperial , for the US.

This is a system that was tacitly agreed upon by most makers and suppliers right up till about 1999.

NEW ENTRANTS TO THE MARKET PLACE

As the Martial Arts Industry grew, more suppliers and makers , with larger resources came into the Industry with a view to exploit this niche Industry and subsequently a new sizing format was devised more in keeping with their own clothing patterning. Not only making transfer between brands virtually a nightmare but also to throw the market into some form of sizing chaos.

IMPACT OF A GROWING POPULATION

In hindsight,  by making the number smaller, creates the illusion of smaller sizing , which is leasing to the ego. It is a common practice for big brands to pad the sizing so that a customer , feels happy to buy their product . Rather than go OMG , I need to lose weight.

We have a growing population is size, height and weight – it is something we have noticed and find ourselves having to make lrger and larger uniforms to accomodate, widening girth and increasing heights.

With the advent of Brazilian Ju Jitsu we have the introductions 0f A1,A2,A3, …..and the M0,M1,..for kids – there seems to be no logic in it other than a set of numbers attributed to a shape of garment.  (perhaps you can post some ideas below )

Whatever the vagaries of the market, you will always find Ray Hana’s Martial arts Clothing fitting well and relevant to your needs.

We are make and importer, all our products are original and authentic. 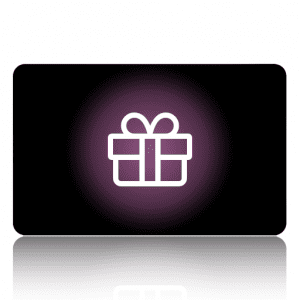